Why Am I Sore After a Workout?

Why Am I Sore After a Workout?

What exactly is it that causes soreness after a workout and how can you minimize it? It may not be what you have always been taught to believe.

Lactic acid. Whether you heard about it in an old 1980s aerobics video, or your personal trainer told you about it last week, chances are you’ve heard this little molecule is the main culprit in muscle fatigue. It’s synonymous with that “burn” feeling everyone is trying to achieve in the gym. In a fitness industry run by buzz words, we’ve been told that through intense exercise our muscles produce lactic acid, and when we can’t get rid of it fast enough, our muscles begin to shut down. Cue the nutritional supplements!! As a professional in said fitness industry (and often an opponent of most supplementation), I feel as though I have to set the record straight. 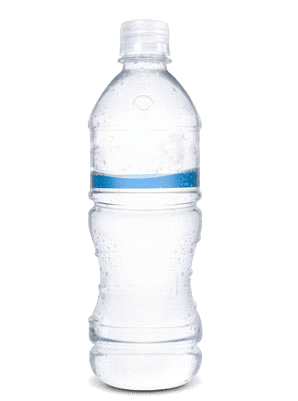 I’ll try to keep this simple without having to dive too much into a biochemistry lecture. You’re about to get the bare-bones minimum. Whether we’re exercising or just lying on the couch, our bodies use glucose (among other things) to power themselves. Upon use, glucose is converted into pyruvate and free-standing, positively charged hydrogen atoms (remember these guys, they’re important) in a process known as glycolysis. When you follow pyruvate down the chain, it runs into some special enzymes that convert pyruvate into lactate (a form of lactic acid). In fact, lactic acid isn’t produced in the body at all! Myth #1 dispelled…

You can imagine how many millions of times this process repeats during the course of our day, let alone during the course of exercise. The idea that muscle fatigue is caused by a build-up of lactic acid came forth in the 1920s. When samples were taken from the oxygen-deprived (I.E. tired and fatigued) leg muscles and blood of frogs, scientists found much higher levels of lactate than in rested frogs. It was hypothesized that lactate was just a byproduct, and wasn’t used for energy at all. Without oxygen, lactate levels rise, and when lactate levels and exercise intensity were linked, it’s no surprise that lactic acid took the fall for the crime. Finally this monster could be put to bed! But these researchers fell victim to a classic trap of science: correlation does not always equal causation.

It’s paramount to note that your body will always make lactate, no matter what. Even the type of exercise (aerobic/with oxygen/cardio OR anaerobic/without oxygen/weight lifting) doesn’t make a difference. That part about oxygen is of particular importance, because it highlights the fact that no matter what type of activity we’re doing, we’re making lactate. In most individuals, muscles have stored up an ample amount of carbohydrates in the form of glycogen from the foods we eat. Within minutes of starting a run, your muscles will start to break down the glycogen into smaller units of glucose. Cells then break down the glucose even further and convert it into the pyruvate and lactate we mentioned before. If you’re exercising at a moderate level, pyruvate will freely enter into a muscle cell’s mitochondria, aka the powerhouse of the cell. This is where the magic happens, and ATP (the energy required for all cellular work) is formed from the pyruvate. But here’s the catch: Your cells aren’t just producing lactate or just producing pyruvate. Instead, our bodies are constantly seeking an equilibrium between the two. It just so happens that at the start of exercise, the ratio of pyruvate to lactate is shifted more towards pyruvate, because pyruvate is the first stop on the energy train.

After about 10 minutes into your run the mitochondria inside your muscles are beginning to reach the thresholds of how much pyruvate they can take up and turn into ATP. Here’s where the lactate comes in. When the mitochondria can no longer take up pyruvate, they will start to produce more lactate to compensate. What was originally thought of as just a wasteful byproduct was actually an energy source! That pyruvate:lactate ratio of the muscle then starts to shift in favor of lactate!

WHAT?! I thought lactate was bad! Again, this explains why sports professionals and trainers alike started calling lactate (or inaccurately, lactic acid) the culprit for muscle fatigue. Lactate levels increase as performance coincidently drops off. However, as stated before, correlation does not equal causation. Studies have shown that during intense exercise, lactate does not significantly impact the ability of the muscle to contract and produce force. It’s not just when you’re exerting your muscles at full force that lactate begins to appear. More importantly when it does appear, lactate is not the dead-end metabolite we all thought it was! Turns out muscles actually use lactate for energy. With the help of a transport molecule, the mitochondria in your muscles have the ability to take up lactate, convert it back into pyruvate, and turn it into the ATP your muscles need for work. Interestingly, as your fitness improves, your muscles start creating more mitochondria. More mitochondria means you can take up even more lactate and use it for energy. After a few months of a cardio routine, your blood lactate levels will actually decrease for a given exercise intensity! This ability is just another adaptation to exercise, and effectively proves that you are taking up and using lactate more efficiently!

So Why Am I Sore?

This only halfway answers our question though: “Why am I sore after workouts?” The question is still being tossed around by researchers, but there is one particular idea that may prove to be the culprit behind muscle fatigue. Remember that during the breakdown of glucose to pyruvate, there are those positively charged hydrogen atoms. Well, one thing that can significantly affect the acidity inside your muscle tissue is hydrogen. The more hydrogen, the lower the pH, and the more acidic the environment of the muscle becomes. This is known as acidosis. During exercise, hydrogen is released in abundance as a result of breaking down fuels. Experiments have shown that the largest decreases in pH are usually during short bouts of intense, maximal-effort exercise that last anywhere from 1-10 minutes. Muscle force is also seen to decline during these extreme states of acidosis in the muscle. Now, whether acidosis is the cause of muscle fatigue or just somehow related is something that is still being debated, but it seems to be the most plausible explanation based off of what we know.

You know what a really good buffer is for acidic environments? The answer is surprisingly simple (and abundant): water!! That’s right, your personal trainer isn’t full of “it”. One way to help cut down on recovery time is to stay well hydrated so the body can balance the acidity built up by muscle activity. Mechanical manipulation (like stretching and foam rolling) may also assist in the process, but since so much of your body functioning properly depends on a well maintained hydration status, I’m going to suggest you simply drink more water. Don’t go crazy and think you have to drink an even eight 8-ounce glasses or water every. single. day… Rather, drink to thirst, and consume more water when you’re exercising, especially exercise that is intense.

What are you waiting for? Get started with in home personal training and reach the goals you’ve always wanted!